Recently I was lucky enough to attend the Beer Mansion event in London, which is an event run by Brooklyn Brewery and is hosted in many cities around the world.

From the moment I walked into the venue, I could tell that the team behind the event had considered pretty much everything one might need. I was greeted with an empty glass (wasn’t empty for long), strolled through the countless amount of themed rooms and tried out the wide variety of draft and bottle beers that was connected to the rooms theme.

I didn’t have too high expectation for the this event. Until Beer Mansion, I had only tried two mediocre beers from Brooklyn, so I wasn’t expecting much but I was pleasantly surprised.

Like most beer enthusiasts, I like any beer that is packed with flavour and passion and excluding some of Brooklyn’s clearly mass commercial beers (Lager and a couple pales) they really delivered some very well balanced beers whilst pushing the boundaries on the norm and creating some mind blowing beers.

For me, The event is summed up by three beers for me. The first, was Bel air, their hopped sour ale. In the Uk, it’s pretty tough to find a solid sour beer that offers more than an over powering sourness. Bel air had a good balance of sourness that was that partnered with some citrus notes, which i’d expect came from the dry hopping. This beer gave me hope for Sour beers.

The second beer that blew me away was Black Ops. I tried this beer at the right time, I’m hoping to brew my own Russian imperial stout in the next coming months which I plan and age for a couple years. I was very lucky to try at 2007 bottle of black ops and the 2016 version. Both these beers delivered a beautifully balanced chocolate flavour that was lifted up by the high ABV. If I can brew a beer that gets close to this at home, I’d be very happy. If you go to this event in another city, it’s really worth trying to get in on the ghost bottles (that’s where we tried the 2007 black ops). 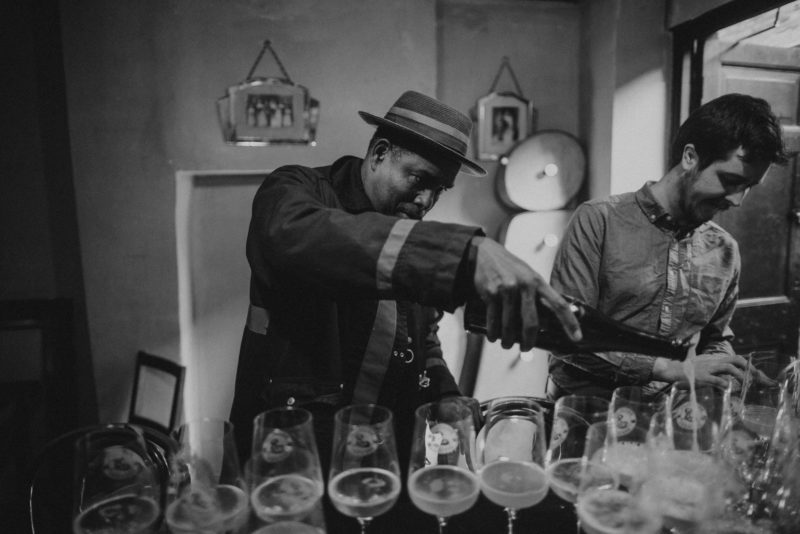 The last beer that left it’s mark on me was Cloaking device. Good luck to anyone who trying to find a BJCP category where this beer fits. It’s a 100% brett fermented porter which is then aged in Frence oak red wine barrels, try saying that after a few glasses (it’s 10.5%). This beer is very complex and whilst it’s very accessible, I’d imagine some newbies being put off by the complex flavours that are imparted by the brett fermentation and the ageing, but for anyone who’s looking for something new, that pushes the boundaries, this is the beer for you. I believe this beer isn’t available yet for the mass market but going by the untapped checkins, that might not be true.

I got into home brewing as a result of wanting to replicate some of the beer that I was consuming in the bars around London and around the world. It’s events like these that are great places to start when it comes to finding recipe inspiration.

With events in Paris, Philly, Gothenburg, Chicago, D.C and Boston remaining, I strongly recommend trying to make it out there, failing that, go out and get the three beers i’ve mentioned above, i’m pretty sure you’re going to love ‘em.

Find out more about this event here